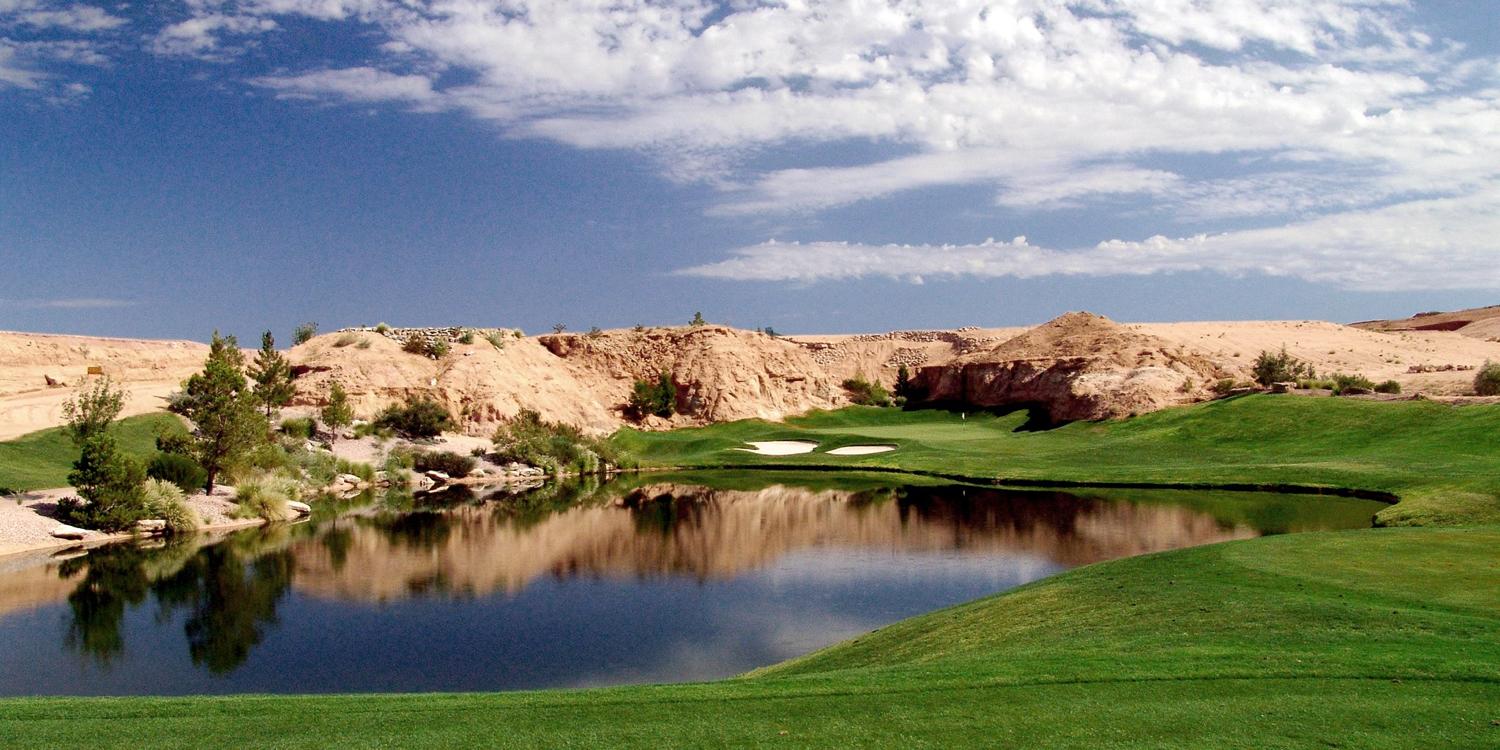 Hey, golfers! Here's the slant for this golf article: if you're like me, then we share at least one trait in common, that is, once we finally arrive at our golf vacation destination we don't want to spend hours on the road driving to our daily course. Mesquite, NV, is the destination where you can take in a week's worth of golf and never drive more than 6 miles (15 minutes) to any course!

Mesquite, Nevada, is located 80 miles northeast of Las Vegas, near the Arizona and Utah borders, and has four lodging choices (three contain casinos) and seven local regulation golf courses. For folks like me, the old adage that 'cleanliness is next to godliness' should be changed to 'closeness is next to godliness', as I opt to minimize driving. Sure, driving distance is an important statistic to professional tour golfers on a l-o-n-g basis; but for vacationing amateur golfers driving distance to courses is important on a s-h-o-r-t basis.

Here's the chart of driving distance from Mesquite's four hotels to the local courses; these distances, in miles, are derived from Google Maps

Mormon pioneers first settled in the Mesquite area in the 1880's and began farming; irrigation challenges followed by flash flooding were serious problems and Mesquite floundered for decades until legalized gambling and the construction of Interstate I-15 brought revenue and new life to Mesquite. Mesquite incorporated as a town in 1984, and with the recent addition of new golf courses, Mesquite is now viewed as a desirable location for permanent retirement or seasonal 'snowbirding'. (Population: 15,000 year-round; 30,000 winter).

Casablanca GC is a 'lowlands' styled course featuring two lakes that flank five successive holes in the middle of the round; this balanced par-72 (36-36) course is impeccably conditioned. Conestoga is Mesquite's newest course (opened in January 2010) and appears on nearly every golf publication's "best" list; considered to be one of Gary Panks' finest designs, Conestoga's routing moves through canyons with gently ascending and descending elevations, rugged rock outcroppings and tranquil water elements; after an initial round at Conestoga, nearly every golfer is eager to play it again.

For the golfer who searches for 'the spectacular', it can be found at Falcon Ridge GC; numerous water features combined with dramatic elevation changes and high mesa views highlight Falcon Ridge; teeing areas perched upon high plateaus or mountain tops are commonplace at this golf course; directional poles help guide golfers aim their shots when challenged by hidden dangers; plenty of exciting memories to take back after completing the 18th at Falcon Ridge.

An addition of nine holes to the Oasis Golf Club in 2005 to its stand-alone 9-hole Vistas Course resulted in the creation of the Oasis-Canyons course (full 18-holes/par 71); this "little brother" to the Oasis-Palmer course has a fine mix traditional desert-style holes with craggy canyon holes; the par-4 #6, is a memorable hole requiring the exceptional placement of an elevated tee shot skirting a canyon wall and stopping short of ball-collecting pond; all in all Oasis-Canyons is an enjoyable course.

Merely stating that the Oasis Club-Palmer Course is a creation of Arnold Palmer and Ed Seay speaks volumes about this track; the 18 holes on the Palmer course are distinguished by rugged canyon fairways and magnificent desert panoramas, and most of the Golf Channel's Big Break Mesquite in 2007 was shot at Oasis-Palmer Course; Oasis-Palmer features five sets of tees contains four unique signature holes and plays to a par-71; it is such a solid test of golf that it is believed to be among Mr. Palmer's personally created "Top Ten Favorite Designs".

Palms Golf Course is a slight departure from the 'norm' in Mesquite, as the front-9 is reminiscent of a Florida-style course -- a flat parcel decorated with numerous palm trees and a handful of ponds; its landscape changes with the back-9 routed among arroyos and canyons with views of the Virgin Mountains; hole #15's tee shot drops 114 feet to its par-5 fairway; moderate green fees make Palms GC popular with locals and visitors, alike.

Awesome, beautiful, and captivating would be the ABC's of Wolf Creek, and 'D' would be DIFFICULT, as testimony, Golf Digest has just listed Wolf Creek (#27) on its list of America's 75 Toughest Golf Courses; Wolf Creek's very own website describes their course as "an 18-hole roller coaster ride over, around and through the canyons of Mesquite"; now in its 12th year, Wolf Creek continues to mesmerize and challenge golfers from start to finish; Wolf Creek appears in a number of virtual computer golf games, but golfer's reviews of the real Wolf Creek have placed it even far above the fantasy version.

Without having an over abundance of courses, Mesquite presently possesses golfing experiences that can offer something for everyone, and with the time saved by not traveling excessive distances to your choice course, you can spend it in the casinos, just relaxing, or playing additional golf! Further information at: www.golfmesquitenevada.com.

Greg Miles is Senior Writer for GolfChicago! Magazine and resides in Lake County, IL. He has been a golf writer for 21 years, and a member of the Golf Writers Association of America for the past 17 years. A graduate of the University of Notre Dame and Marquette University, he has played more than 5,500 rounds of golf in his life at 462 different courses; enjoys collecting golf memorabilia and is a Golf Nut Society member. 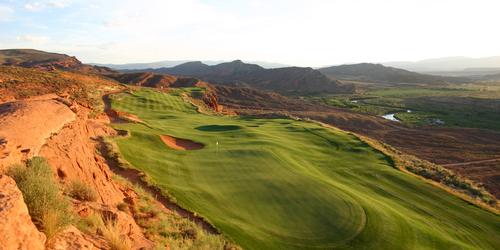 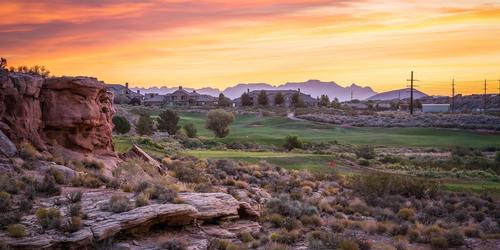 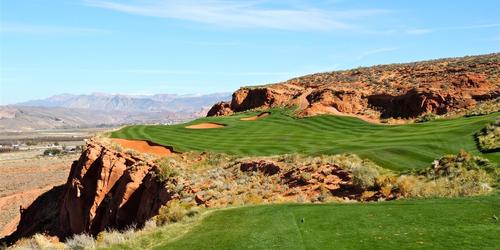 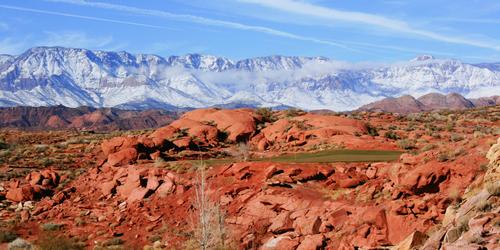